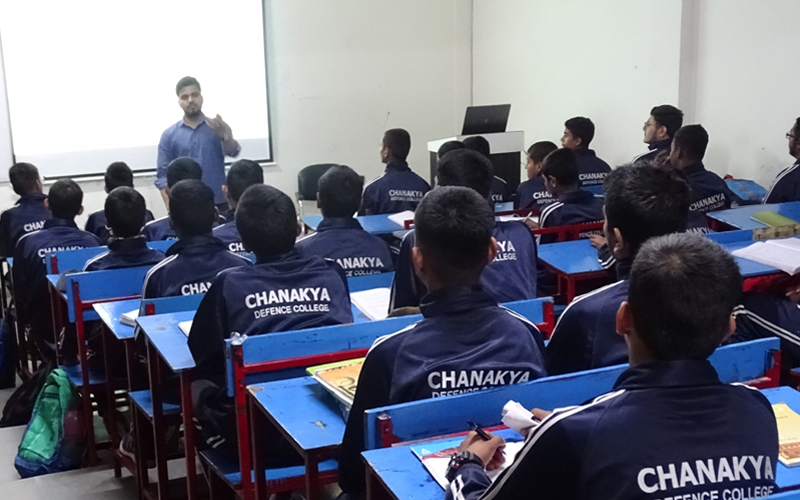 National Defence Academy has approximately 370 Officers vacancy to include 208 for Army Officer, 42 for Naval and 120 for Air Force officer (including 28 for ground Duties). There is a special entry for 10+2 (30 ). Now we would share information regarding Examination Centre. There are different exam centres in different states. Which are as follows.

Candidates must not be married until they complete their full training. A candidate who marries during training shall be discharged and will be liable to refund all expenditure incurred on him by the Government.

Any student who passes the 10+2 pattern of School Education or equivalent examination conducted by a State Education Board is eligible For the Army Wing of National Defence Academy.

Students whop pass 12th with Physics, Chemistry and Mathematics of the 10+2 pattern of School Education or equivalent conducted by a State Education Board is eligible For Air Force and Naval Wings of National Defence Academy.

Candidates who are appearing in the 12th Class appearing students can also apply for this examination.

You should join the best NDA Foundation coaching in India.

There is a Two-stage selection procedure based on Psychological Aptitude Test and Intelligence Test . All the candidates will be put to stage-one test on the first day of reporting at Selection Centres/Air Force Selection Boards/Naval Selection Boards. Only those candidates who qualify at stage one will be admitted to the second stage/remaining tests. Those candidates who qualify stage II will be required to submit the Original Certificates along with one photocopy each of : (i) Original Matriculation pass certificate or equivalent in support of date of

candidates have to score minimum qualifying marks separately in the Written examination and Officer Potentiality Test as fixed by the Services Selection Board at their discretion. Over and above candidates for the Air Force, SSB qualified candidates as per preference for flying branch of Air Force, should separately qualify the CPSS (COMPUTERISED PILOT SELECTION SYSTEM )(PILOT APTITUDE TEST).A CANDIDATE WHO FAILS IN THE CPSS CANNOT APPLY FOR ADMISSION TO THE NATIONAL DEFENCE ACADEMY EXAMINATION FOR THE FLYING BRANCH OF AIR FORCE WING OR GENERAL DUTIES (PILOT) BRANCH OR NAVAL AIR ARM.One thing is very clear that Success in the examination confers no right of admission to the Academy. A candidate must satisfy the appointing authority that he is suitable in all respects for admission to the Academy.

There are written exam and SSB exam information given below.

SYLLABUS OF THE EXAMINATION

Only those candidates who clear the stage I are permitted to appear for stage II. The details are Stage I comprises of Officer Intelligence Rating (OIR) tests are Picture Perception Description Test (PP&DT).

Stage II Comprises of Interview, Group Testing Officer Tasks, Psychology Tests and the Conference. These tests are conducted over 4 days. The personality of a candidate is assessed by three different assessors : The Interviewing Officer (IO), Group Testing Officer (GTO) and the Psychologist. There are no separate weightage for each test. The mks are allotted by assessors only after taking into consideration the performance of the candidate holistically in all the test. In addition, marks for Conference are also allotted based on the initial performance of the Candidate in the three techniques and decision of the Board. All these have equal weightage.

The various tests of IO, GTO and Psych are designed to bring out the presence/absence of Officer Like Qualities and their trainability in a candidate. Accordingly candidates are Recommended or Not Recommended at the SSB.

A candidate recommended by the Services Selection Board will undergo a medical examination by a Board of Service Medical Officers. Only those candidates will be admitted to the academy who are declared fit by the Medical Board. The proceedings of the Medical Board are confidential and will not be divulged to anyone. However, the candidates declared unfit will be intimated by

the President of the Medical Board and the procedure for request for an Appeal Medical Board will also be intimated to the candidate.

: Medical Standards and Procedure of Medical Examination at

(iv) All biochemical metabolic parameters should be within normal limits.

A candidate will not be assessed physically fit unless the examination as a whole shows that he is physically and mentally capable of withstanding severe physical and mental strain for prolonged periods in any climate in any part of the world.

The medical standards spelt out pertain to initial entry medical standards. Continuation of medical fitness during training will be assessed during the periodic medical examinations held at NDA prior to commissioning. If, however, any disease or disability is detected during the training phase, which will have a bearing on the flight cadets subsequent physical fitness and medical category; such cases will be referred expeditiously to IAM (for aircrew)/ specialists of MH (for non-aircrew) under intimation to the office of DGMS (Air)-Med-7. At IAM.

After clearing all exam, Immediately after the selected candidates join the Academy, a preliminary examination will be held in the following subjects:

The selected candidates for the three services viz, Army, Navy and Air Force have academic and physical training for a period of 3 years at the National Defence Academy. The training during the first two and half years is common to the cadets of three wings. All the cadets on passing out will be awarded degrees from Jawaharlal Nehru University Delhi .

The selected candidates of the Naval Academy will be given preliminary training both academic and physical, for a period of 04 years at Indian Naval Academy, Ezhimala. The cadets of 10+2 Cadet Entry Scheme will be awarded a B. Tech Degree on successful completion of training.

Important thing which we should know that At the I.M.A., Army Cadets are known as Gentlemen Cadets and are given strenuous military training for a period of one year aimed at turning them into officer capable of leading infantry Sub- units. On successful completion of training Gentlemen Cadets are granted Permanent Commission in the rank of Lt subject to being medically fit in "SHAPE" one.

The Naval cadets are selected for the Executive Branch of the Navy, on passing out from the National Defence Academy and are given further training at Indian Naval Academy, Ezhimala for a period of one year on successful completion of which they are promoted to the rank of Sub Lieutenants. Further they will be awarded by B Tech Degree by Jawaharlal Nehru University (JNU).

Air Force Cadets receive flying training for a period of 1½ years. However, at the end of 1 year of training they are given provisional Commission in the rank of Flying Officer. After successful completion of further training of six months they are absorbed as permanent commissioned officers on probation for a period of one year.

Air Force Ground Duties Branch Cadets receive stream wise specialist training for a period of one year. At the end of one year of training they are given provisional commission in the rank of Flying Officer. Subsequently, they are absorbed as permanent commissioned officers on probation of one year.

To clear the above exams and get selected in NDA get the best guidance from one of the best NDA Foundation Coaching in India campus located at Dehradun in the foothills of Himalayas.